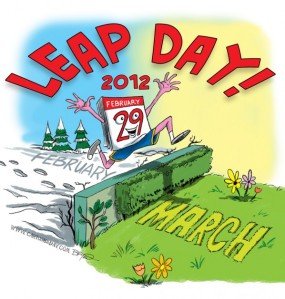 Currently in the library trying to study for this forsaken exam, and I have so far gotten absolutely nowhere. Basically, I’m right on schedule.

Let’s boogie down with some European History.
Disclaimer: The human race can be a despicable breed; but this is what happened, and sugar coating it is parallel to lying so don’t expect it.

First and foremost, I just wanted to reiterate that Political Anti-Semitism is stupid. I don’t understand why people associated with Judaism have always been victimized, especially in Europe. In my London: A Cultural History class, we recently learned about how all the Jews (sorry if that’s an offensive term to anyone, it’s not meant in that sense, just quoting history) were discriminated against. The laws pertaining to Jews were as follows:

Finally, in 1290, a law actually passed banning all Jewish residents (16,000) from the Kingdom. The reason for their expulsion was that by the late 13th century, Jewish lenders were being replaced by Italians, so Londoners apparently no longer had a use for them. Get this though, it was not until 1656 that Jews were allowed back into the city of London, thanks to Oliver Cromwell.
^And that’s just in London!

Now, we fast forward to Russia were the persecution continues. Karl Lueger (remember that name), the mayor of Vienna from 1897-1919, defined Jews as a race, and used them as a scapegoat for all the wrongs that were happening in Russia at the time. To punish them, Lueger banned Jews from immigrating to Vienna. He used this anti-semitism to gain support for his Christian Social Party and lo and behold, Karl Lueger was the one who inspired the young Adolf Hitler.

So now how about Jewish persecution in France?

The Dreyfus Affair, 1885-1906
–> A French Jewish officer, Alfred Dreyfus, was accused of spying for Germany – it was a false accusation. During his trial, Dreyfus was not considered a true French citizen because he was Jewish. This case actually politically divided France into two parties: those who believed he was innocent, and those who thought he was a guilty pig. It ended up that Dreyfus was court martialed and sent to prison on Devil’s Island. After some time, Dreyfus was pardoned and reinstated in 1906.

Moving away from Jewish persecution…

The New Woman
–> Up until now, women didn’t really have any rights whatsoever. However, in the 1890’s, “the new woman” began to appear in novels, giving a new conception of gender and women began rejecting the “cult of domesticity”. Basically, women wanted to learn, be independent and have access to higher education like men. They also began questioning the necessity of marriage and having children. Things like bloomers, bicycles and cigarettes, and being in public independent of others gave rise to the new woman. Score one for the female gender.

Side Note: The cult of domesticity was a a cultural understanding that the private household was the woman’s space; and a good  woman had to be a good daughter, marry a good husband, and then become a good mother. Basically, the women’s role was to continue the blood line. Don’t even get me started on these horrific gender roles; I will saw your head off and stick it on a peg if you even think about telling me that those were the “good ole days”.

The Suffragette Movement
–> This is in association with the new woman movement; basically, women decided it was time they had the right to vote (as they should have). The movement was strongest in the UK and Britain and the parties were as follows:

Now… Charles Darwin (1809-1882)
–> Most know at least a little bit about this fella, unless of course you went to a Catholic School where his teachings aren’t exactly in line with the Catholic beliefs. Anyway, he was the one responsible for Theory of Natural Evolution, Origin of Species (1859), and Descent of Man (1871). Basically, his research talked about natural selection and how man was a descendent of primates, not magical beings created by a higher power. His work undermined religion and caused quite the ruckus. This inevitably led to…

Social Darwinism
–>Herbert Spencer applied Darwin’s ideas to human society, dubbing “survival of the fittest”, and he came to the conclusion that the biologically fit would prosper where the weak would perish (smart cookie that one…).

I know this stuff is just to uplifting, huh?

Eugenics (here for Vermont factoids)
–> Francis Galton was the inventor of this term. In the essay “Inquiries in Human Faculty and its Development” (1883), concerns were expressed that the wealthy families were not having kids, yet the poor were. This was troubling for Eugenics supporters because it meant that bad genes were perpetuating, and they actually thought that incentives should be provided for prominent families to have kids.

Psychoanalysis
–> This was Sigmund Freud’s study of hysteria and subconscious. He found that a lot of people (mostly women) were suffering from moments of paralysis, coughing and speech impediments. While working in France with a man named Sharkoe, he found that hypnosis cured hysteria, so it was not necessarily an incurable sickness.

DONE (for now) WITH THE CRAZY VIOLENCE AND NONSENSE! I hope you guys we’re completely deterred by all of this. Although it’s shocking and disturbing that all of this did occur, it’s something we should all be aware of; also makes me realize how good I’ve got it living in 21st century America…